Dr. Strange is a film made as an homage to AfterEffects, and although is not interesting at all, carried audiences in simply because it is based on a comic book and featured “”the modern Sherlock Holmes””.
Its only features are the same layers of graphics that aid it in concealing the truth and confusing the viewers.

The movie begins with a masonic execution. These take place allegedly after an oath was broken and entrusted information was betrayed.
The notion of the ancient-one was that no information is forbidden, only certain practices are. Which is good, true and moral, since morality is preserved, but we all can see the problem in keeping information in secret while it could instead be free.

This whole conundrum on should we seal information or not is the very premise of why is this movie is interesting in the first place. Thing is, Dr. Strange’s world is one similar to ours in the way that people (or souls) arriving at earth are basically interested only in themselves.

We can see it in the way no one wants to help Strange in his healing process, although it is crucial to the whole field of modern medicine (!)

By the way, it seems that it also not so important to Strange, as he doesn’t sell his extremely large apartment, or his collection of watches to redeem himself.
He is arrogant, and in his arrogance, he drives everyone away like a proud and hurt animal.

This arrogance keeps haunting him in the face of his surroundings, while some are warm-hearted enough to choose and help him. 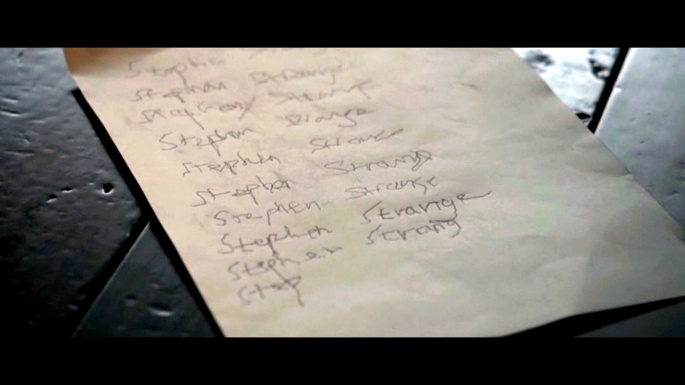 In his first presence in Kamar-Taj, it is so symbolic of him to mistake Mr. Hamir for the great teacher. When we later learn that Hamir is missing a hand, yet is perfectly accustomed to performing magic- this is the true sign that everyone of us is ALREADY a -magician-.

The movie depicts its villain- Dormammu, as being “older than time”.
This was not made in the fashion of Lovecraft to add pathos to his character. No.
The reason he has described this way if you ever knew anything about the origin of the universe, is that before that point in time there was NO TIME.

The only conclusion is = Dormammu is the creator of them all. And he is evil.

JUST THINK FOR A SECOND WHAT IT MEANS FOR THE MOVIE, AND FOR YOU AS A VIEWER.

It reflects in the words of the ancient one: “We never defeat our demons, only learn how to live above them”. Based on the context, this positive note could be turned to mean elitism, when you turn your back on a society that didn’t help you. It is a pity that such a potent movie presents it’s golden thoughts only in glimpses of shots instead of rolling them into a full thought out scene. But, sadly, all MARVEL movies are like that.
Moreover, this ultimately means that if anything, Caecilius and his friends are not any zealots, but they are equal to the ancient one.

We shouldn’t trust instantly any foes that Hollywood movies paint for us.

Notice how the two-finger ring is equally measured as a watch; the movie’s leitmotif.
It is a gadget serving a purpose and is wore on your hand. If you noticed, the movie uses its wordplay to signify a WATCH as the human EYE. You train your eyes to see the truth.

THE SIMPLE ACT OF DISOBEYING A TEACHER ISN’T TREACHERY, AS THE MOVIE, TRIES TO MOVE PAST YOU SINCE ALL KNOWLEDGE IS ALREADY PRESENT WITHIN YOURSELF.

THIS IS NOT ABOUT YOU.

Your life was not given to you as a mere presentation of creation.
The real gift is our power to consciously choose actions and make decisions.

Life and death may be mandatory. But It is your choice that matters.

The notion of a “mirror dimension” is appealing only to those who prefer traveling their thoughts and never affect reality in their actions. SUCH A THING DOESN’T EXIST.

“Sometimes I go about in pity for myself,
and all the while a great wind carries me across the sky”

Where pain and suffering isn’t part of life, but it’s purpose.

His self-sacrifice is changed in your perception when it’s all about facing inner demons.

Notice that the ancient one not only has no name but is also mentioned to be a Celtic druid. Very specific considering the above mentioned Masonic execution.
Also, notice the wordplay between mister and master, as they try to convince you they are different somehow.

But then I checked What Is Real – Esoteric & Occult Analysis. And it opened my eyes again. Reminds you the eyes are often tiresome to hear the truth, sadly.

I most certainly do not agree with the 2 minutes introduction to the review;
In my opinion, that kind of information actually keeps beginning people away from the truth. keep such info in a separate video.